Black Widow movie scene
Superhero fans can capture the Marvel movie action in a play-and-display model depicting Black Widow and Red Guardian as they take on the super villain Taskmaster in his 6-wheel monster truck. The 3 collectible minifigures carry a range of weapons, including batons, shields, sword and a bow and arrow. There’s also a safe box and other accessories to inspire endless imaginative adventures based on the Black Widow movie. The completed model will add a great conversation piece to any room. 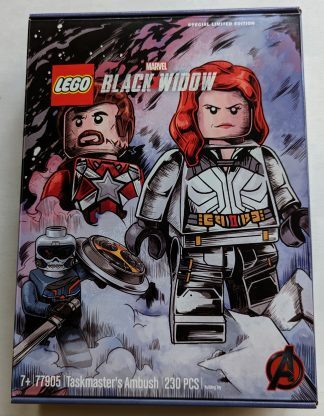